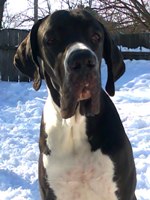 The demise of the Great Dane

One hundred years ago, the breed looked like this...


Today we see dogs like this (below) in the show-ring. It is not every dog in every ring, but it is in sufficient number to sound the alarm.

Can anyone truly think that this is any kind of an improvement on the dog of 100 years ago?

In France, particularly, the rise of what's often called the Euro-Dane is turning the breed into a Neapolitan Mastiff - a grotesque, floppy-flewed caricature of what the breed used to be.


This is not just an aesthetic issue. Floppy flews are dysfunctional. There is no benefit to a bigger/heavier ear leather. Over-sized bodies elevate the risk of joint issues. Many Dane eyes are wincingly painful, too - both for the dogs and for any observer not subsumed into a breed culture that makes them oblivious to the every-second-of-the-waking-daydiscomfort dogs like this endure.


Almost every day I hear a breeder of a breed with dreadful eyes (Danes, Clumbers, Neapolitans, Bassets) justify the breeding of these dogs by telling me it's a minor issue compared to other bigger breed issues. But it isn't - not for the dog. If you think it's OK, please poke yourself in the eye with a dirty finger and leave the conjunctivitis untreated for a few days.


Then there's the swingeing longevity, or rather lack of it. Average life expectancy today? Just six years old, with cancer being the biggest cause of death, followed by bloat/digestive issues, heart disease, joint problems and spinal disease (source: [Вы должны быть зарегистрированы и подключены, чтобы видеть эту ссылку]).  And it is not just Finnish Danes. The [url=http://www.thekennelclub.org.uk/media/16498/great dane.pdf]KC's 2004 health survey[/url] found a median age of death for the breed of 6 yrs 6 months.

I continue to be at a loss as to why poor longevity in Danes and many other breeds doesn't trigger a massive effort by Kennel Clubs and breeders to do something to tackle it. Instead, breeders seem to claim it as some kind of breed feature, something they accept as one of those things; not their fault... not much they can do about it.

This is not true. They can do something about it.

I have a soft spot for Danes because I grew up with two of them. Neither of them were any great shakes. One had a digestive problem that kept him rake thin. The other was a nice-but-dim-Tim who died young of a reason lost in time. This is me with him when he was a pup at a fun dog-show in the 1970s (we came second in the dog-with-the-longest-tail class).

I remember being concerned about his slightly saggy eyes at the time; but the ectropion (as I now know it to be) was very minor compared to what you see in today's show dogs. They also used to be dry-mouthed; whereas today most Dane owners have to deal with globs of viscous slobber that makes the breed increasingly undesirable as a family dog.

Here's another beautiful Dane head from the 1970s compared to a modern UK show dog.

Many of today's Great Danes are a disgrace, with mostly no purpose other than to be an oversized, slobbery mess. They are a travesty of what they used to be.

Here's one of the reasons why... take a look at the points system that was in place for many years in the UK. Although no longer used in the UK, it helped set the agenda.  Most important? The head and the size. Least important, less so even than the tail or feet? Overall condition.

Want to know what do to do about it?

• make death reporting (age and cause) a priority

• revise the points system (where still in use) to make condition/activity more important.

• rewrite the breed standard to reduce the minimum weight; introduce a maximum height and weight.

• breed them smaller. As with many giant breeds, there has been a creeping increase in size. Today's Danes are massive - much bigger than they used to be.

And bigger dogs with deep chests die even younger.

This is also, perhaps, where the new [Вы должны быть зарегистрированы и подключены, чтобы видеть эту ссылку] (IPFD) could play a role. If every signed-up KC contributed pictures of their top-winning dogs every year, the side-by-side comparisons would alert to the different types, prompting discussion that would hopefully help reign in excess.

To finish with an eye-cleanser,  I should say that there are still some nice show Danes around - this is the Dane that took Best of Breed at Westminster this year. The dog is too big, and his neck is too long, but the WKC winner is much more moderate than some of the travesties we are seeing on this side of the pond.

And how about this... a Dane in the Finnish show-ring. Beautiful - and pretty typical of the breed in Finland; a country so often ahead of the rest of the world when it comes to the health of purebred dogs.

So let's see more of them.. and a lot less of these. 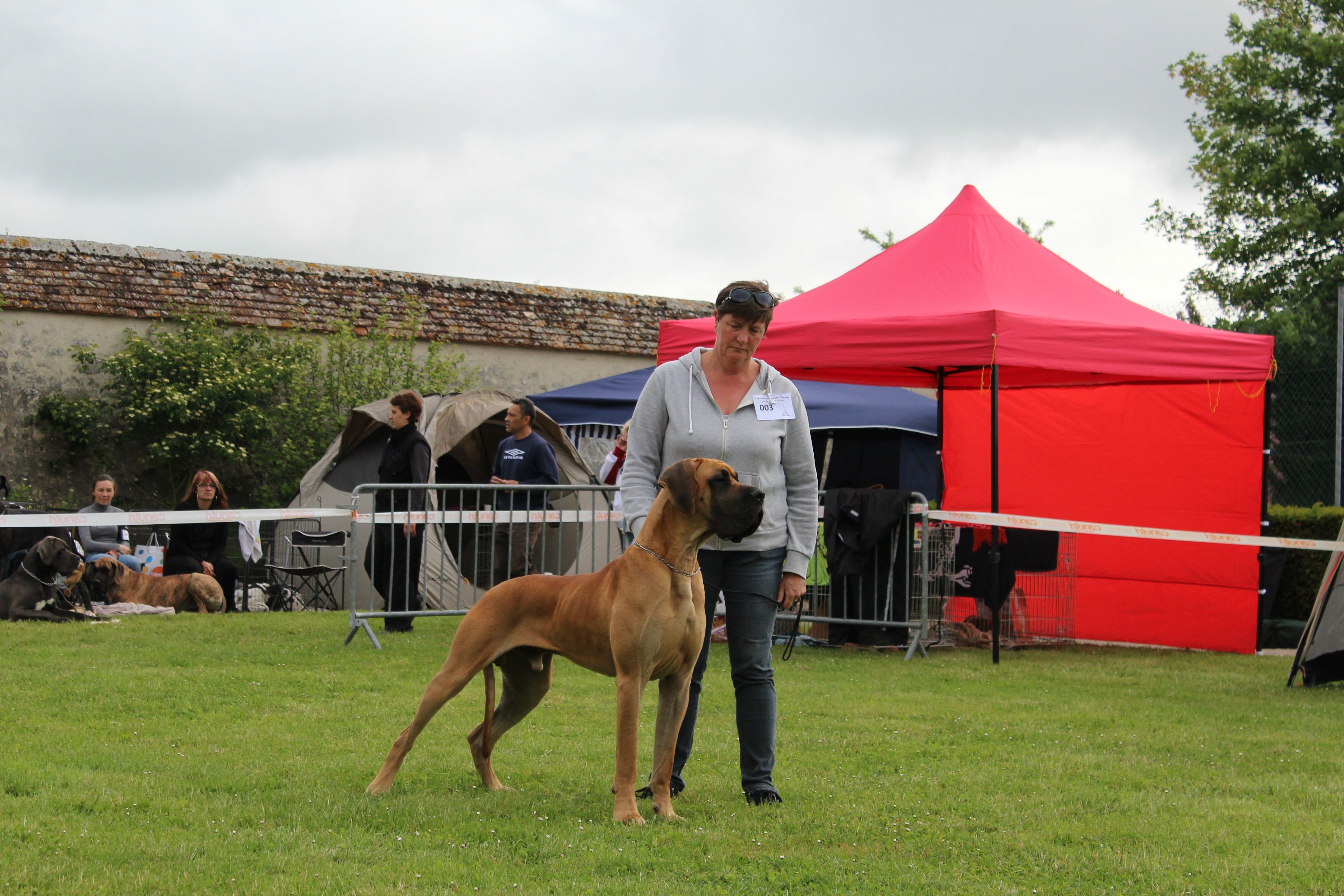 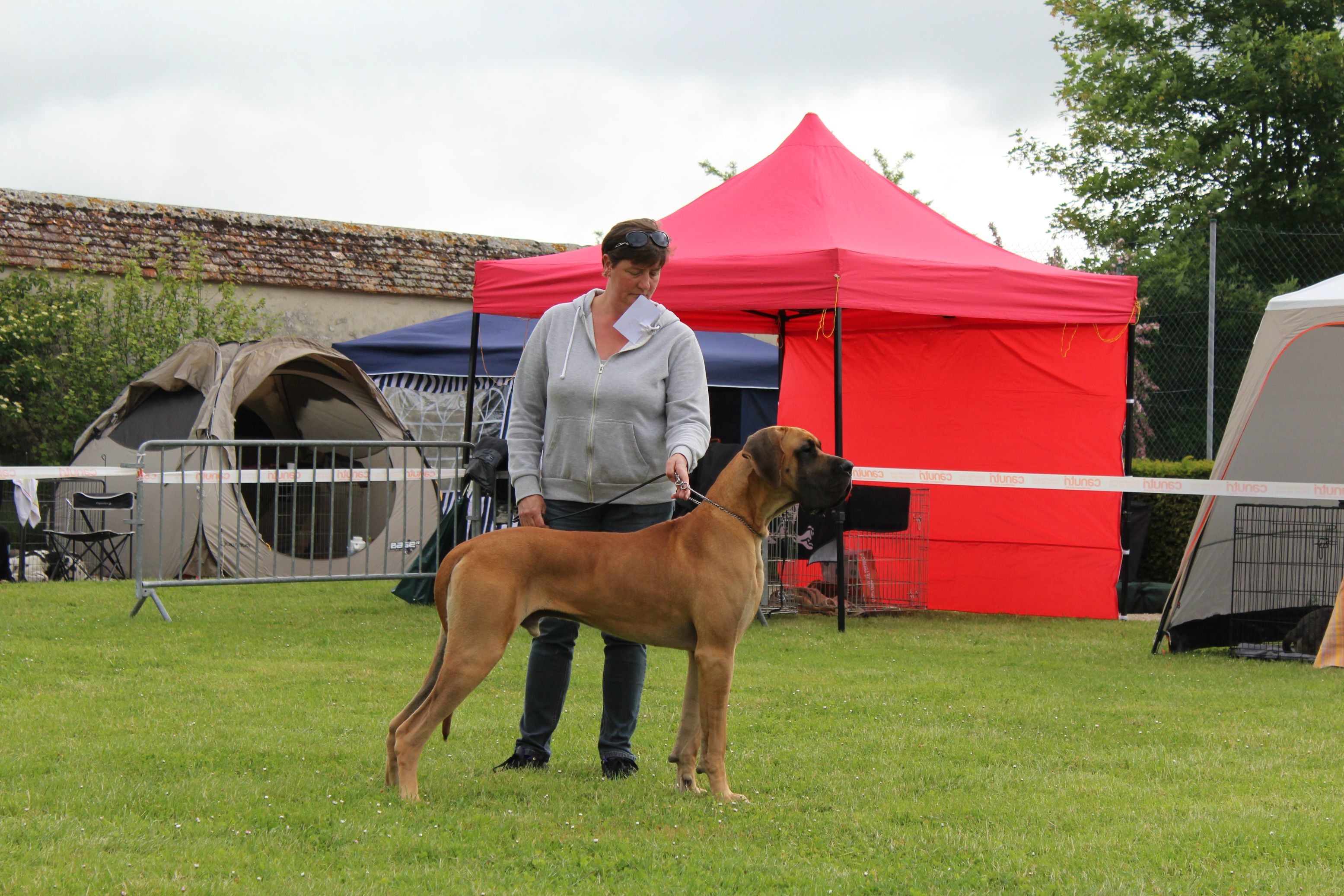 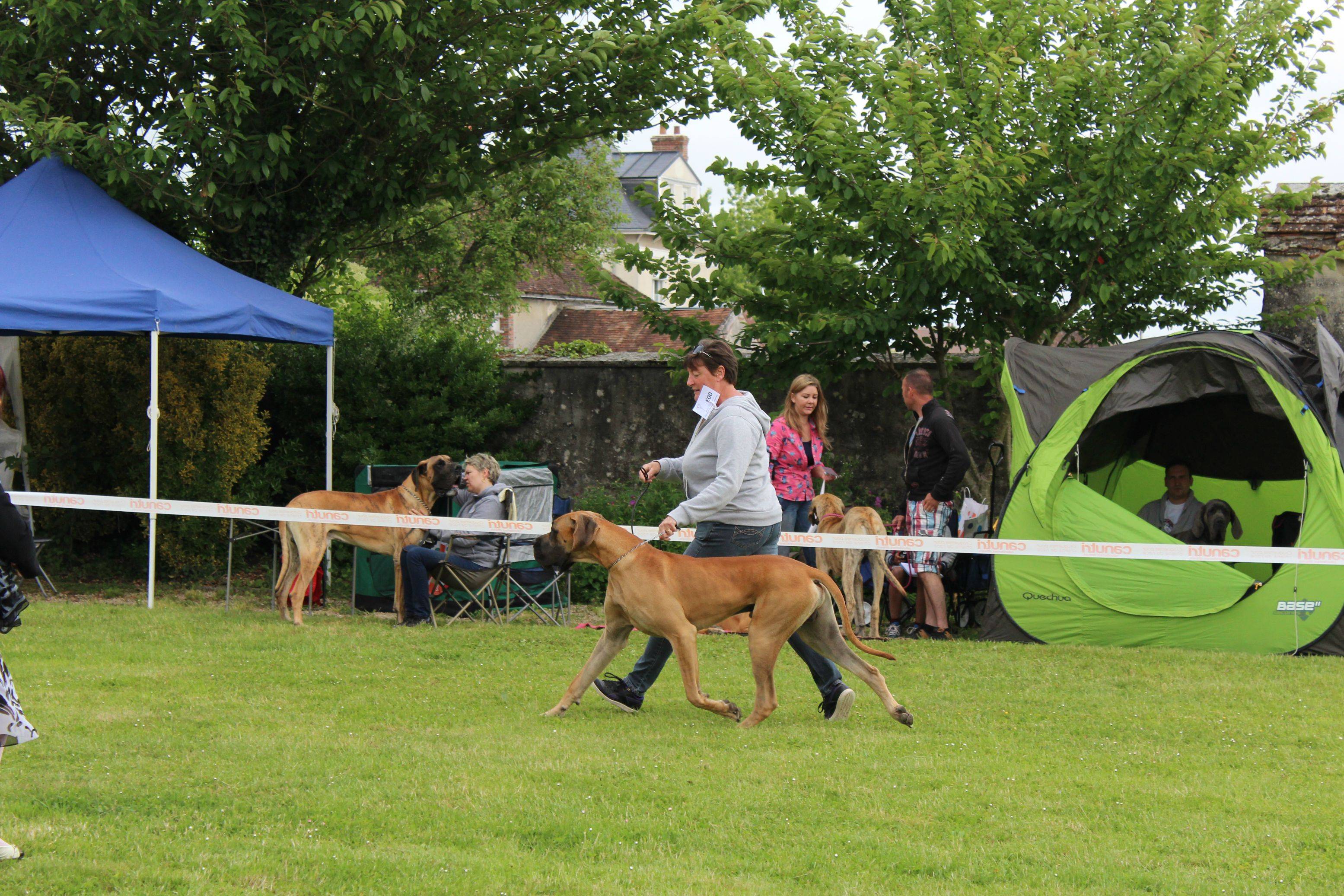